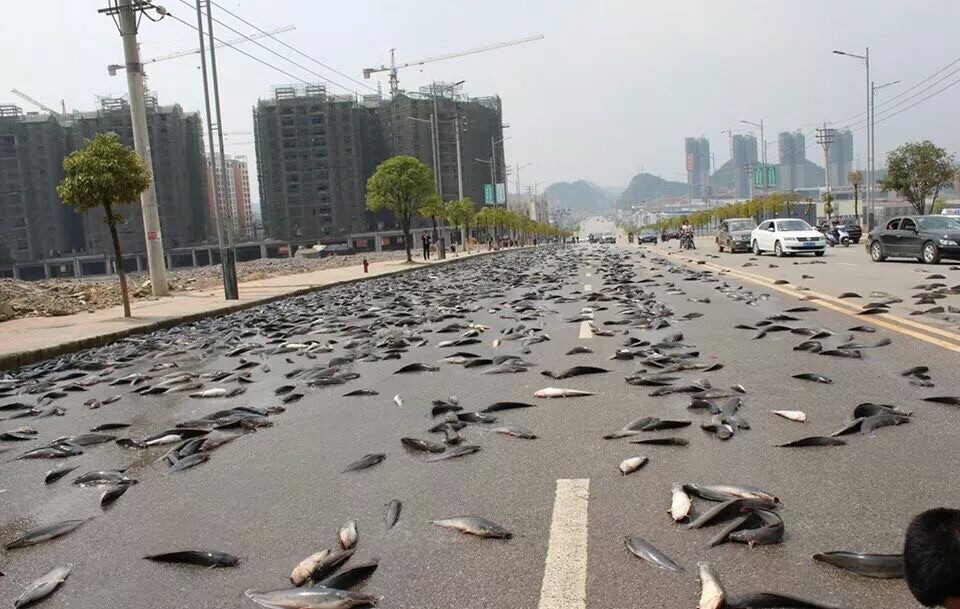 From time immemorial this question has been discussed, and there have been numerous instances reported of fishes’ falling with the rain. One of the most recent I have noted was said to have occurred in England in 1928.

Can it really rain fish? No, it can’t rain fishes in the true sense but sometimes whirlwinds sometimes carry the water from lakes and ocean and there is a possibility of carrying small fishes with it. Later fishes can come down with the rain which would look like fish are raining from the sky.

According to the story, a man left his house just after the rain and was amazed to find a dozen of very small redfish in his yard and on the roof of the house. It was thought probable that the fish had been caught up in a waterspout from the sea some 2 miles away.

The most recent discussion of this question I have seen took the form of a controversy between two men, one believing and the other disbelieving that fish fall with the rain. Both men presented their views in published articles in 1946, with the result that each holds the same opinion that he held before the argument started.

Most biologists who have investigated the matter believe that under certain conditions fish may fall with rain, but, so far as I know, such a phenomenon has never been observed by a trained naturalist.

If it can rain fish, a possible explanation may be as I explained earlier: Whirlwinds swoop down over lakes or other bodies of water, and as they rise they may take up some water containing fish. The fish will drop eventually, but they may be carried for some distance before being “rained” upon astonished human beings.

Most of the reports of raining fish come from coastal areas, but some have originated some distance inland. I personally shall keep an open mind upon the subject until additional evidence is brought forth.