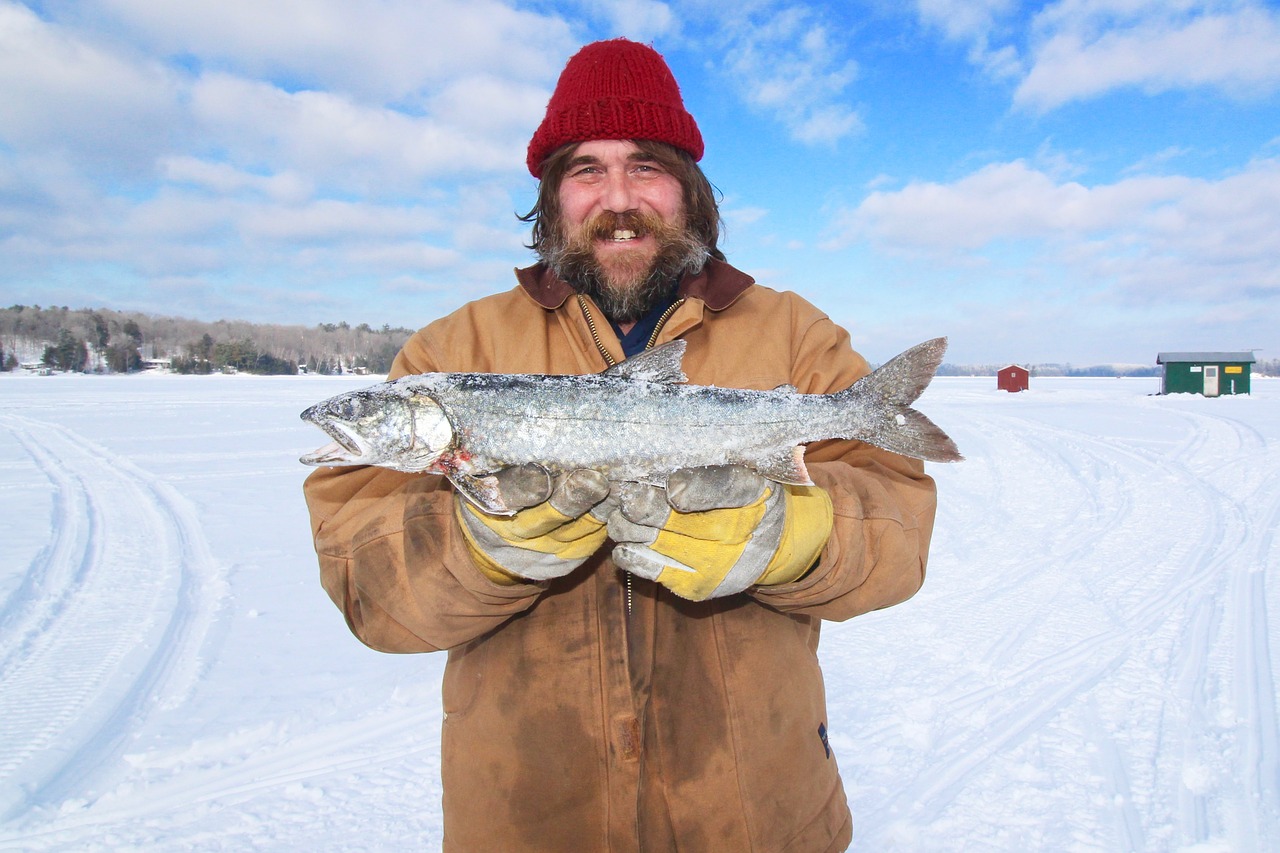 The ability of fish to withstand freezing conditions is dependent upon a number of factors, the most important probably being the kind of fish involved. It has been established that some fish can be frozen in solid ice and still survive, while other species will die even before freezing temperatures are reached.

A biologist has described freezing solid some mud minnows with which he was experimenting. The ice broke the jar in which the fish were kept, but after they were thawed out they swam about as though nothing had happened.

The champion survivor of freezing is the blackfish found in Alaska and Siberia. Frequently it stays frozen for several months during the winter and, when the ice thaws in the spring, is apparently none the worse for the experience.

Frozen blackfish are often used for feeding dogs. Occasionally a hungry dog swallows a fish whole, to be considerably embarrassed a short time later when the fish thaws out in his stomach. Usually, he regurgitates. If placed in water, the fish would in all probability swim unconcernedly away.