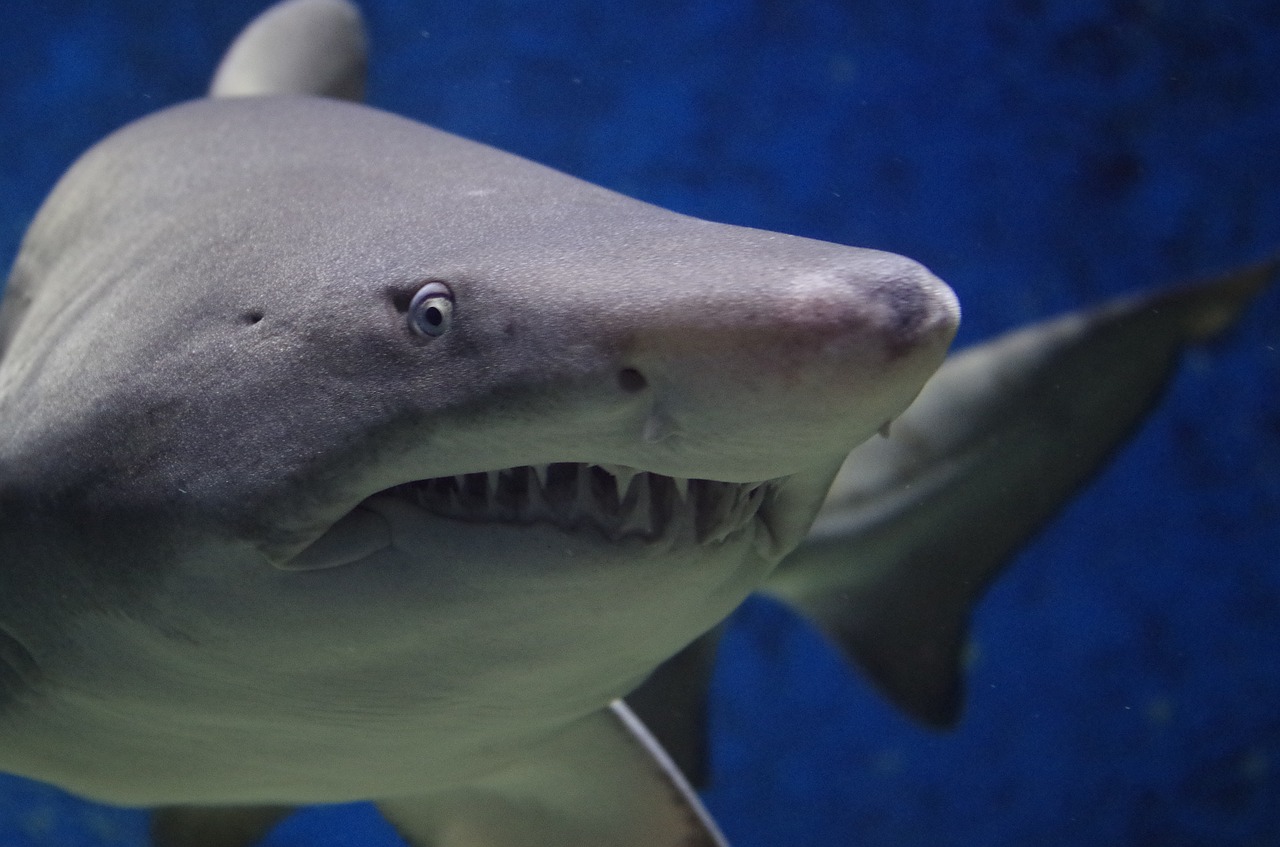 There have probably been more stories told about sharks than about any other one group of fish, and most discussions have dealt with whether or not they will attack human beings.

So, are sharks dangerous? Overall, sharks are pretty dangerous but it really depends on location. Where sharks are well fed from garbage or slaughterhouses, natives will frequently dive among them to recover coins, but where food is scarce no amount of money will tempt the divers into the water.

Even before the war, there were a number of authentic instances of sharks attacking human beings, but some biologists were nevertheless not convinced. Although attacks by sharks are relatively rare, in 1916, 4 persons were killed by sharks off the coast of New York and New Jersey.

During World War II the Armed Forces of the United States considered the hazard from sharks so important that they developed a chemical shark repellent. This material, in the form of a cake, was attached to life belts and lifeboats in a waterproof covering.

When exposed to the water, the repellent diffuses about the swimmer and is reported to repel sharks for 2 to 4 hours. Although it is definitely known that some sharks are dangerous, many shark stories have been considerably exaggerated.

There are about 150 different kinds of sharks and of this number a very few accounts for most human casualties. These are the white shark or man-eater, the tiger shark, the blue shark, and the hammerhead. But even they attack man only rarely and are less dangerous in some areas than in others, which perhaps is one reason for all the controversy regarding their appetites.

The difference may be due to temperament; and also to the presence or absence of food in a given area.

Considering the number of exposures, we can be sure that no shark prefers a human being to all other articles of diet. Nevertheless, it is a wise person who heeds the warning, “Never trust any species of shark.”