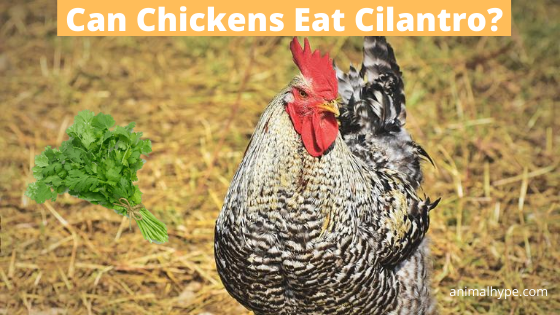 Used both as herb and spice from the ancient times, cilantro (Coriandrum sativum) is a plant, all parts of which are great for our health. Cilantro contains flavonoids such as apigenin, kaempferol, quercetin, and rhamnetin. Many of us use this plant in our daily lives to spice up our meals. But have you ever wondered if cilantro is as healthy for animals as it is for you? If you’re a pet owner who uses cilantro often, it’s reasonable to wonder whether it’s safe to feed this plant to your pet. What about chickens?

So, can chickens eat cilantro? Yes, chickens can eat cilantro. Packed with many essential nutrients, cilantro is not only safe but also very healthy for your feathered pet. Chickens love eating cilantro and would never get bored of it. Thus, if you are considering adding cilantro to their overall diet, you have made the right decision.

Are cilantro and coriander the same?

The term ‘cilantro’ is a Spanish word that translates to ‘coriander’ in English. Does this mean the two are just different names of the same plant?

Most of us have struggled with this question almost all our lives without ever finding out the real answer. However, today we are going to decode this answer in the simplest manner.

While both cilantro and coriander belong to the same plant, they specifically refer to different parts of it. The stem and leaves of the plant are called cilantro, while its seeds are referred to as coriander seeds.

So, now you know the difference between the two. In this article, we are going to talk about cilantro, i.e., the stem and leaves of the plant, and not the seeds. 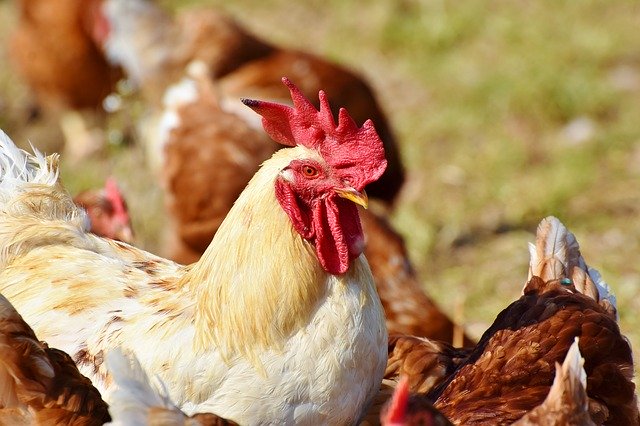 You might not know this if you haven’t fed cilantro to your chickens, but they love eating it. If you have planted cilantro in your garden and leave your chickens to roam free, they will undoubtedly try to munch on its leaves. But there’s nothing for you to worry about since these are safe and healthy for your pets.

Is cilantro healthy for chickens?

Before discussing the health benefits of cilantro for chickens, let’s take a look at the nutritional chart of cilantro:

From the nutritional chart of cilantro, we can ascertain that the plant is rich in a number of vitamins and minerals. But how many of them fulfill the nutrition needs of chickens? Let’s find out.

Cilantro is rich in Vitamin A, which improves the ocular health of chickens. Vitamins C and K strengthen their bone health and develop their immune system. All these vitamins are also rich in antioxidants. Cilantro also has anti-parasitic properties that keep fungus away from your pets.

Cilantro contains no sugar and has a very low-calorie content. It means that the plant poses no harm to your chickens even if they consume it on a regular basis.

Fresh or dry cilantro: which one is better for your chickens?

If you are thinking of feeding cilantro to your feathered pets, it is best to feed them freshly bought cilantro instead of refrigerated ones. There are two reasons behind it.

First, chickens like the taste of fresh cilantro better. Second, the dry or refrigerated cilantro is not as nutritious as the fresh ones. Besides, if dried cilantro is left uneaten in your chicken’s cage too long, it can potentially attract pests.

Yes, chickens can safely eat cilantro stems. There is no major difference in taste between cilantro leaves and stems. In fact, when you feed cilantro to your chickens, you don’t have to separate the leaves from the stems at all. Serve them cilantro as it is, and they will eat it whole.

Can you feed cilantro to baby chickens? 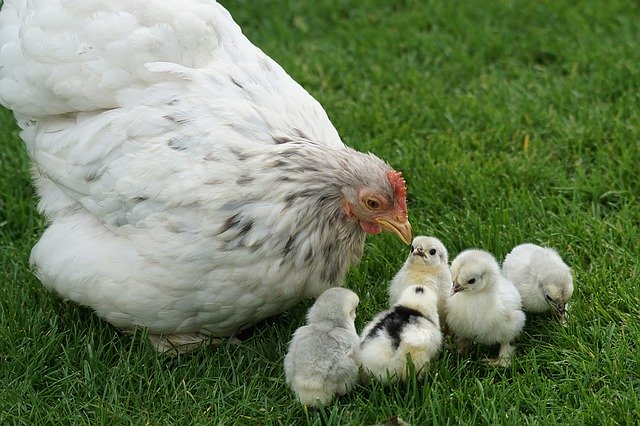 Yes, you can feed cilantro to your baby chickens as well. Cilantro poses no threat to the fragile digestive system of these little chicks. However, there is one thing you should be careful of.

When you start feeding cilantro to baby chicken at first, feed them in small quantities so that they can acclimatize to these plants. Once they are used to it, you can steadily increase the quantity in moderation.

How to serve cilantro to chickens?

As healthy as cilantro is for your chickens, it is still a plant. And your chicken’s ideal diet should contain only 10% of greens, while the rest is covered by high-quality poultry feed.

Therefore, you should feed cilantro to your chickens only twice a week if you want to feed them other greens as well. To mix their diet up a bit, you can sprinkle a few cilantro leaves in other vegetables.

The ideal way of feeding cilantro to chickens is out of your hands since your chickens prefer it that way. However, you can also place it in a bowl and let your pets nibble at it in solitary.

Other herbs that your chickens love eating

While we’ve established that cilantro is great for chickens to eat, what are your other options?

Here’s a list of herbs other than cilantro that will make an incredible treat for your chickens.

With an aroma that repels most insects and rodents, mint is a herb that helps the digestive system of chickens and regulates their body temperature.

Rich in antioxidants, thyme boosts the respiratory health of your chickens. It has both anti-parasitic and anti-bacterial properties and can be fed all year round if stored in airtight containers.

Alfalfa is a herb that improves the quality of the eggs your chickens produce by increasing pigmentation and adding more protein to their diet.

Popular for its unique taste, the herb has many uses for chickens. It improves the immunity of your pets, helping them in fighting against diseases like salmonella, e-coli, and coccidian.

Not only do these herbs repel all rodents, but they are also known to relieve stress among chickens and calm their nerves by their smell.

Plants that you should never feed your chickens

Not all plants are healthy for your chickens. Some are outright toxic to them and should be avoided at all costs.

Let’s take a look at some of the plants you should never feed your chickens.

All parts of the foxglove plant, including the seeds, stem, leaves, and flowers, are toxic to chickens.

The lobelia plant contains pyridine alkaloids, which is toxic to all poultry and can lead to increased breathing rates, tremors, and weakness.

Rhubarb is rich in oxalates and oxalic acids, which can cause jaundice, tremors, and increased salivation in chickens.

Uncooked beans contain a toxin named hemagglutinin, which is highly dangerous for your chickens.

The leaves of a holly plant contain saponins, which can lead to drooling, vomiting, and diarrhea in your chickens.

Can I feed my chickens parsley?

Yes, you can feed parsley to chickens. Parsley is rich in vitamins and improves the reproductive health of your chickens as well as promotes their circulatory system.

Is periwinkle harmful to my chicken?

Periwinkle contains cardiac glycosides that can cause tremors and seizures in your chicken. It has killed chickens in many cases. Thus, keep them away from your feathered pets.

How can wheat help my chicken?

Wheat is good for the reproductive health of your chickens as it improves the color of the egg yolks.

So, can chickens eat cilantro? Yes, they certainly can. Cilantro is both tasty as well as nutritious for your chickens. You can even include them in their daily diet as long as you feed them these in moderation.