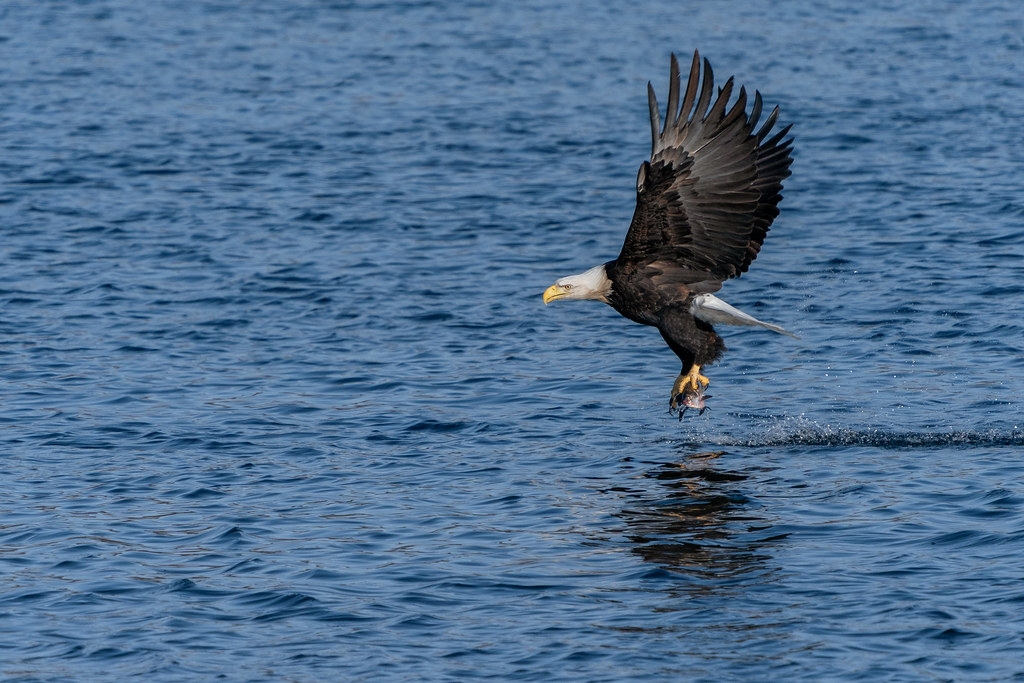 Many tribes of Indians relate tales of a gigantic eagle-like bird which many, many years ago was the scourge of the western plains.

These enormous thunderbirds, as they were called, were supposed to carry off human beings and were even reported to feed upon bison.

One story tells of the battle of a young Indian chief with a Thunderbird that had recently seized and carried away his wife. Although a brave man, the Indian realized that a single human being armed only with bow and arrows would stand no chance against such an adversary as the Thunderbird; so he decided to try to kill the bird by trickery.

Consequently, he selected a group of his friends and had them conceal themselves near the thunderbird’s nest. The warrior then strode forth and shouted his defiance to his enemy.

The great bird swooped down to seize him and was promptly slain by a volley of arrows shot by the warrior’s friends. Such tales have been scoffed at by biologists for many years, but the recent discovery in California of the remains of an enormous eagle-like bird proves that birds of prey much larger than living species did exist in the past.

The skull of this monster bird is twice the size of the bald eagle’s, its other bones being also proportionately larger. It thus seems quite possible that the Thunderbird legend of the western Indians was based upon a bird that actually did exist at one time and it may be that the bird also attacked human beings.

However, it is doubtful that even these great birds could have carried anyone off, or that they would have been capable of killing a bison.