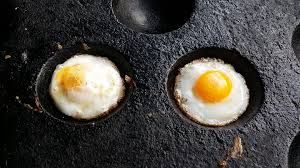 Hens sometimes lay what is called a double egg, a large egg containing two yolks. The method of formation of the most common type of double egg is relatively simple. As a usual thing, only one yellow is discharged from the ovary at a time, the next one being released a day or so later. Sometimes, however, two yolks are liberated at once and pass down the reproductive tract very close together. The white, membranes and shell are applied around both yellows, thus forming a double egg.

Sometimes a complete egg with a shell is found within another shell which also contains a white and yolk. An egg of this kind may be formed in one of several ways, as has been pointed out by Dr. J. T. Patterson of the University of Texas and other workers.

In one method of formation, it is thought that one yellow is discharged from the ovary as usual and passes down the egg tube where white, membranes and shell are applied to the outside. Then, instead of discharging the egg in the normal way, the reproductive tube goes into reverse and carries the fully formed egg back to the upper end near the ovary. By the time the egg has reached this part of the tube, another yellow has been discharged. When the movements of the egg tube again become normal, the complete egg and the recently liberated yolk are carried downward very close together. The glands in the wall of the tube apply white, membranes and shell around both the yellow and the complete egg. The resulting oversize egg is then deposited as a double egg, probably to the pride, and certainly to the relief, of the responsible hen.