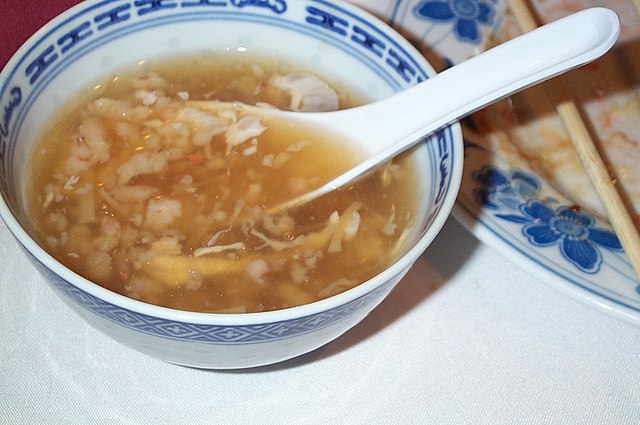 In parts of Asia and many islands of the Pacific, there is a species of swift, similar to the chimney swift or chimney “sweep” of the United States and other countries, which nests in caves in large numbers. These Birds’ Nests Are Used For Soup.

The nests are made primarily of a secretion from the birds’ mouths, which hardens into a gelatinous mass. After the young birds have finished polluting the nests and have flown away, the nests are collected for people with indiscriminate appetites, supposedly being thoroughly cleaned of any stray feathers or other “foreign” material before they are served.

These nests, which are used principally for making birds’ nest soup, may sell for as much as $25.00 a pound.