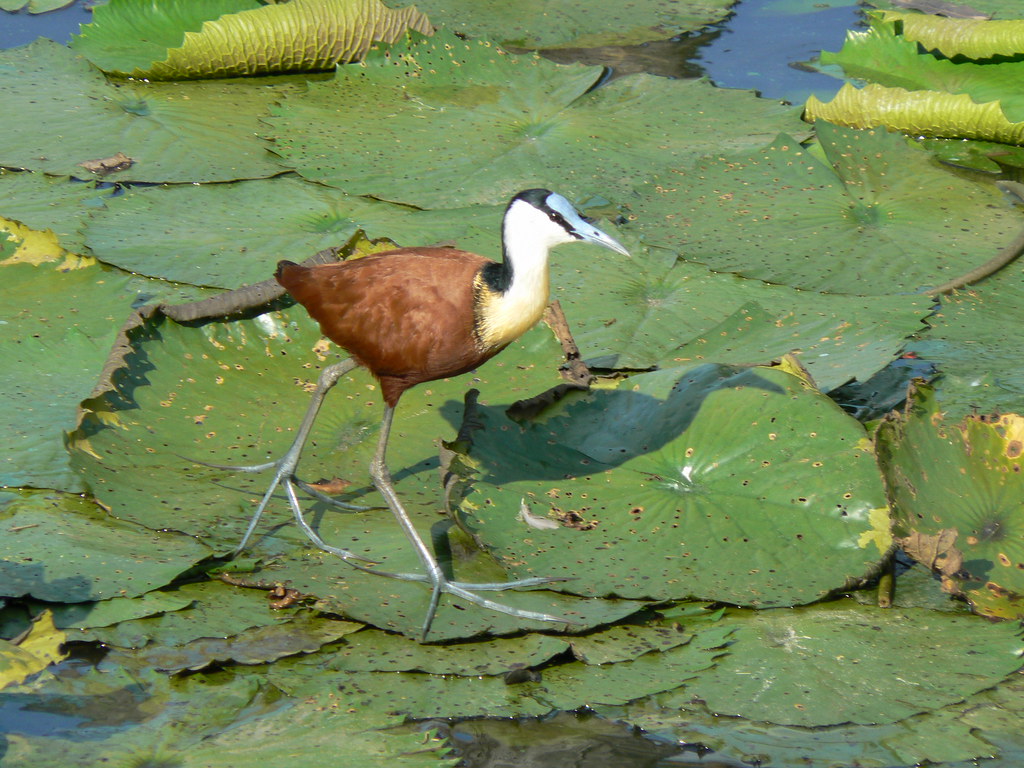 One of the oddest sights in the bird world is a medium-sized, blackish bird apparently walking about on the surface of the water.

So, what bird walks on water? This peculiar bird is the Jacana, a relative of the plovers that is famous for walking on water. Unfortunately, the Jacana does not actually walk on the water, although from a distance it appears to be doing just that.

Really, however, it is walking on lily pads and other aquatic vegetation, which, under its weight, sink out of sight below the water surface. This still rather remarkable feat is made possible by the bird’s very long toes which have a span sufficient to stretch over parts of several leaves, thus distributing the bird’s weight.

Examining a specimen at close range, one’s eyes are continually drawn to its absurdly large feet. Aside from its feet, the ja~ana at rest does not have an especially striking appearance.

Its general color is a greenish black, but if it is disturbed there is a flutter of brilliant yellowish green which was hidden when the wings were folded, and the bird is away with its long trailing toes clearly visible.

A Jacana in flight should not be confused with any other species since there is no other blackbird in the American tropics with yellow wings. Most Jacanas are tropical in distribution, but one species extends as far north as southern Texas.