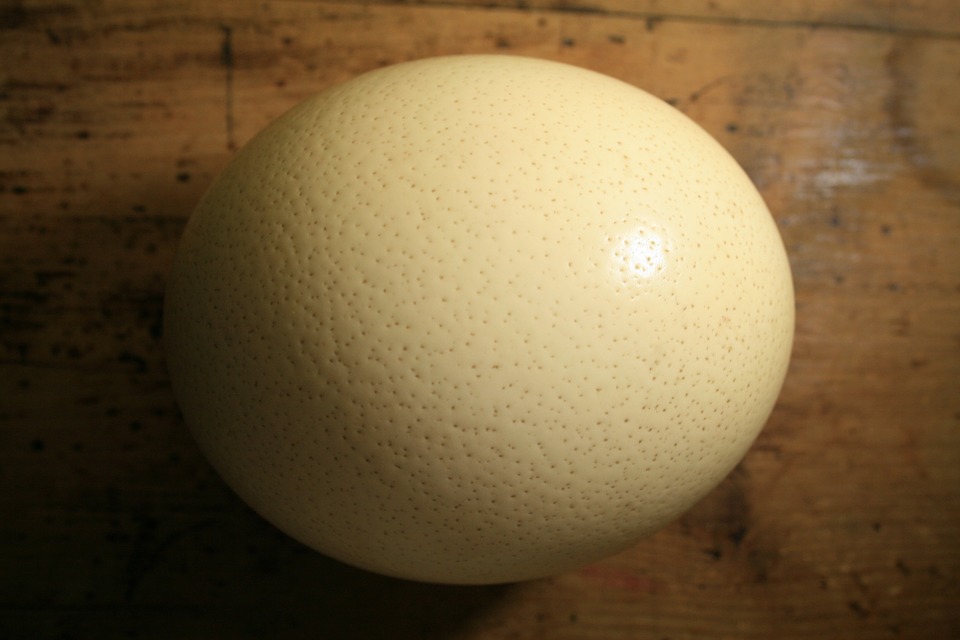 The egg of the ostrich is larger than that of any other living bird. Some investigators have amused themselves by breaking hens’ eggs into the empty shell of an ostrich egg and, from these experiments, have found that an ostrich egg shell will hold from twelve to eighteen hens’ eggs.

Ostrich eggs measure six to seven inches in. length and five to six inches in diameter and, incidentally, require about forty minutes or longer for thorough boiling. Although the ostrich egg seems huge when compared with the eggs of most living birds, there are some extinct species that would have probably been chagrined if they had laid an egg so small. The extinct elephant bird, or roe, of Madagascar, produced the largest egg that anyone knows anything about. As I have mentioned elsewhere, almost complete shells of these eggs have been discovered, some of them measuring thirteen inches in length and nine and a half inches in diameter. The shell will hold more than two gallons, which is six times as much as an ostrich egg will hold, and nearly 150 times the capacity of a hen’s egg.

Hummingbirds produce the smallest eggs. Some of the smallest species, the vervair hummingbirds of Haiti and Jamaica, lay eggs that are only a quarter of an inch in length.