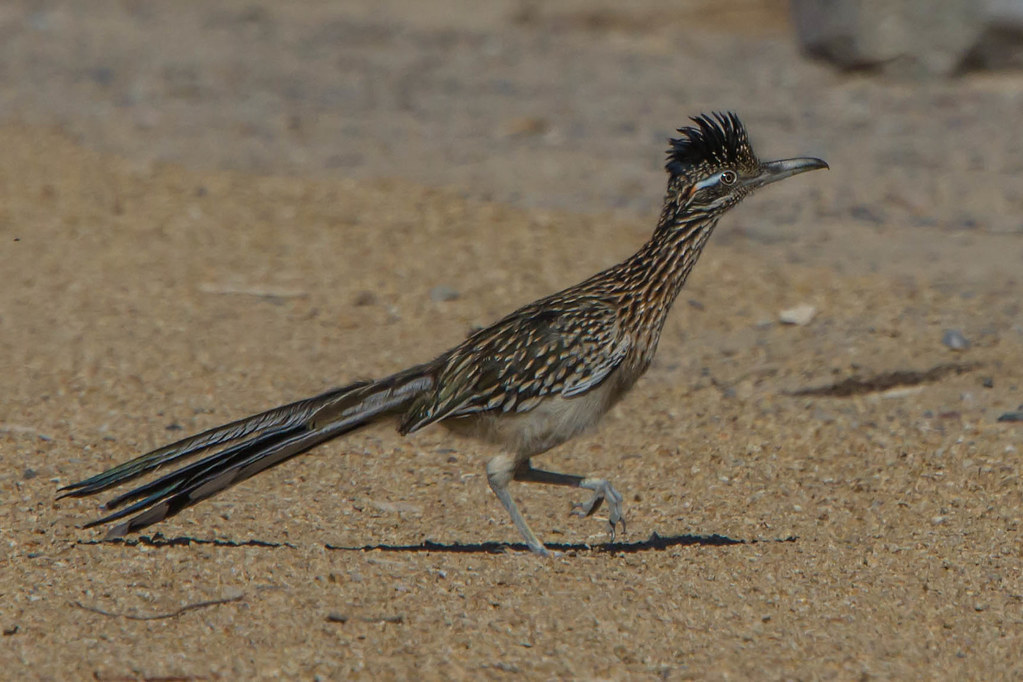 The road runner, one of the most familiar birds of the southwestern and western United States, takes its name from its habit of running along the road in front of wagons or any other slow vehicle.

Other names for this picturesque bird are chaparral bird, ground cuckoo and snake eater.

Many stories have been told about the road runner’s relations with rattlesnakes. Perhaps the most common is that it will build a corral of cactus or other spiny twigs about a sleeping rattlesnake, then attack the snake and kill it.

Roadrunners have been seen to attack, kill and even eat rattlesnakes, but no biologist has ever seen one build a corral about a rattlesnake, and until such confirmation is available this amusing notion cannot be accepted.

When a road runner fights a rattlesnake, it first fluffs its feathers, unfolds its wings, then attacks. The snake strikes at the bird repeatedly, but its bites fall harmlessly upon the bird’s extended wing feathers. The fight usually ends when a well-aimed peck by the bird finds a vital spot on the snake’s head. One road runner was seen to kill a rattlesnake three and a half feet long, after which it ate the snake’s brain and nothing else. A snake over a foot or so in length is too large to be swallowed completely; the bird simply swallows as much as possible and waits until it has been digested before swallowing more. While waiting, the road runner walks about unconcernedly with part of the snake dangling from its mouth.