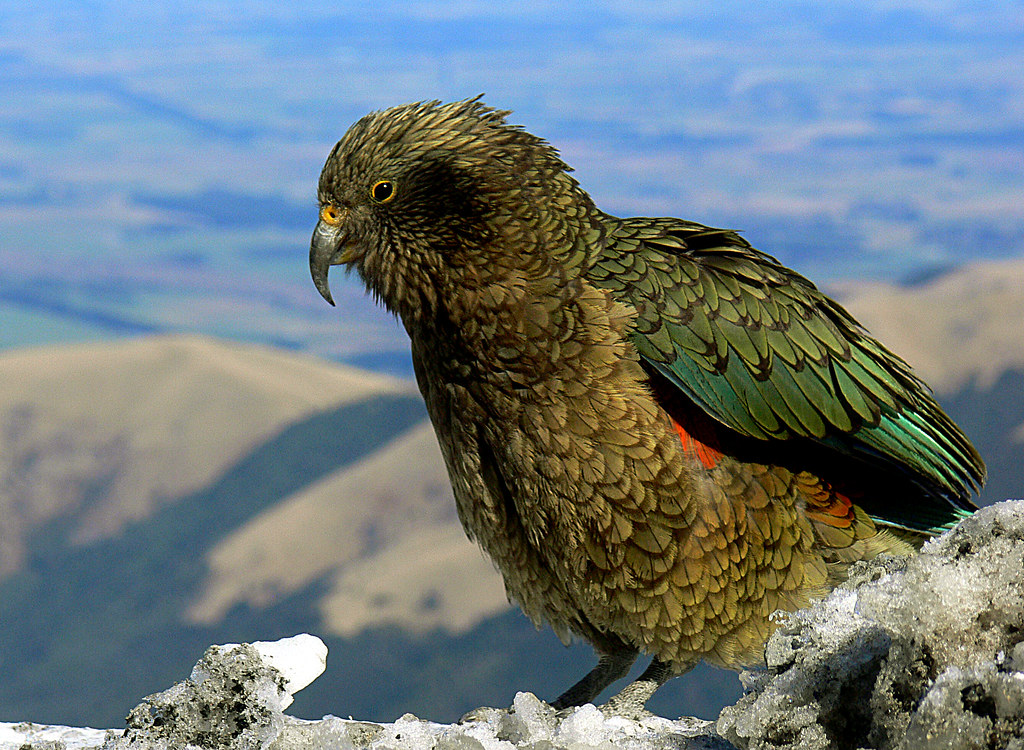 If you are wondering whether there is a bird that eats living sheep, then let me tell you that, yes such bird exists. I did some research and found out which bird do so.

What bird eats living sheep? Kea parrot found in New Zealand are the birds that feed on living sheep. They make a hole in sheep’s stomach and eats the fat stored in it.

Before sheep were introduced into New Zealand, the kea parrot was content to feed upon berries, fruits, seeds, and similar food, and was thus a respected denizen of that country. But a short time after sheep appeared the feeding habits of many of the birds changed to include living sheep.

It is said that they attack a live sheep, tear a hole in its body with their sharp beaks and eat the fat surrounding the kidneys. The sheep, of course, dies as a result of such a wound. It is not definitely known why this sudden shift in diet took place, but it is thought probable that the birds first acquired a taste for flesh around slaughterhouses.

The New Zealand Government has placed a bounty on the kea parrot which has resulted in the killing of large numbers of them, but they are still numerous in some areas.

Fortunately for the sheep raisers, not all the parrots will attack living sheep; nevertheless, a sufficient number have acquired the habit to have caused the abandonment of sheep ranches in some districts.