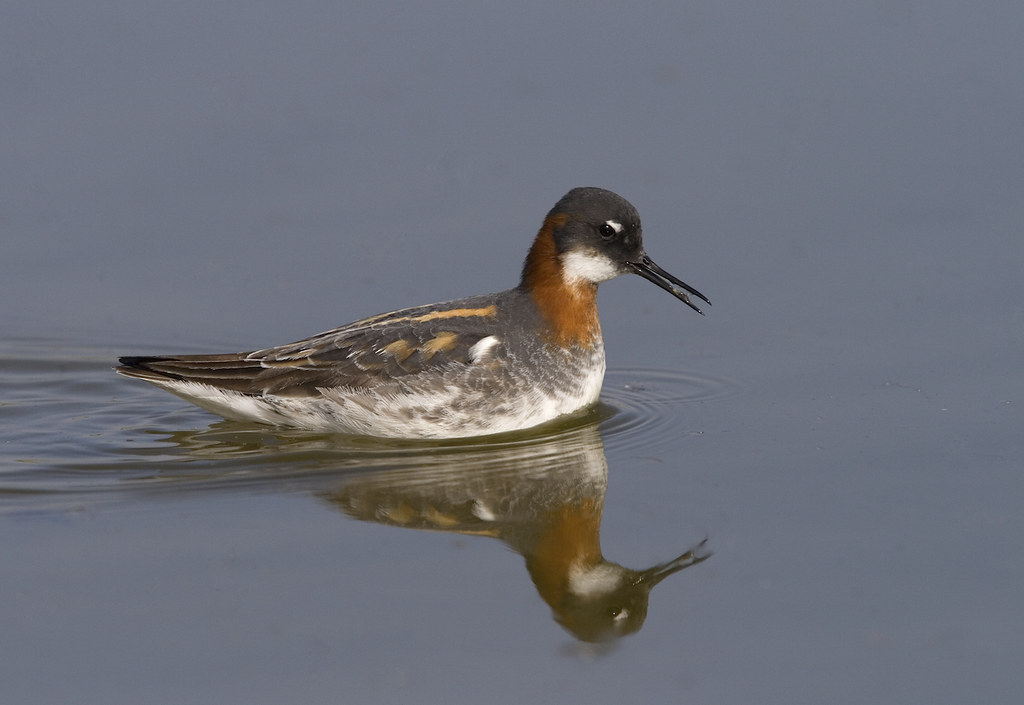 The males of several kinds of birds help in the incubation of the eggs, but the outstanding example of a hen pecked husband is the Phalarope, several species of which are found in the United States.

Phalaropes are medium-sized birds with long beaks and long legs and have the same general appearance as sandpipers, except that the female is more brilliantly colored than the male, a condition that seldom occurs among birds. The male builds the nest, is courted by the female and, after the eggs are laid, takes over the entire responsibility of incubating them. The assistance given by any male bird during incubation is not entirely unselfish.

During the incubation season, some birds develop areas of inflammation on their breasts, called hatching spots, which are somewhat irritating, and it is believed that the coolness of the egg surface relieves the irritation. In any case, in those species in which only the female develops the spots, the male does not help in the incubation process where the inflamed area develops in both sexes of the species, the male invariably takes his tum on the nest.