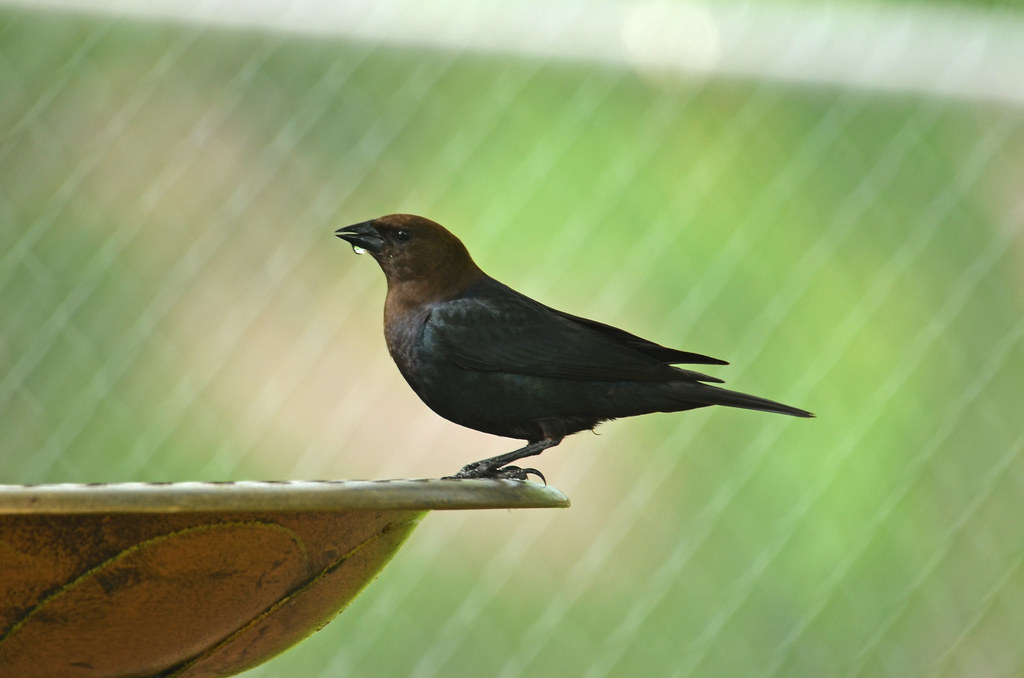 The cowbird and the European cuckoo are about equal contenders for the title of The World’s Laziest Bird. Neither of them builds a nest in which to rear the young; each lays its eggs in the nests of other species.

In many cases the owner of the nest does not notice anything amiss, and incubates the alien egg and raises the young cowbird or cuckoo as devotedly as though it were its own. The really bad aspect of the situation is that in most cases the young cowbird or cuckoo deliberately pushes the eggs or young of the rightful owner from the nest. Thus for each cowbird or cuckoo that is reared there is usually one legitimate brood of young birds that dies. There are a few species of birds, however, that discover the strange egg in their nests and appear to resent the intrusion. The yellow warbler uses a novel but difficult method of ridding itself of the cowbird egg. Instead of simply throwing the offending egg overboard, it usually builds a complete new nest over the old one containing the cowbird egg. As many as three yellow warbler nests, one above the other, have been found, the lower two holding a cowbird egg

Cowbirds arc so called because of their habit of gather-ing in flocks in the vicinity of cows. Depending even in their feeding upon the exertions of another animal, they catch and eat the grasshoppers and other insects that the cows flush from the grass as they graze. The male cowbird is the only black bird with a brown head in the United States; the female is a dull gray color. They are slightly larger than English sparrows.