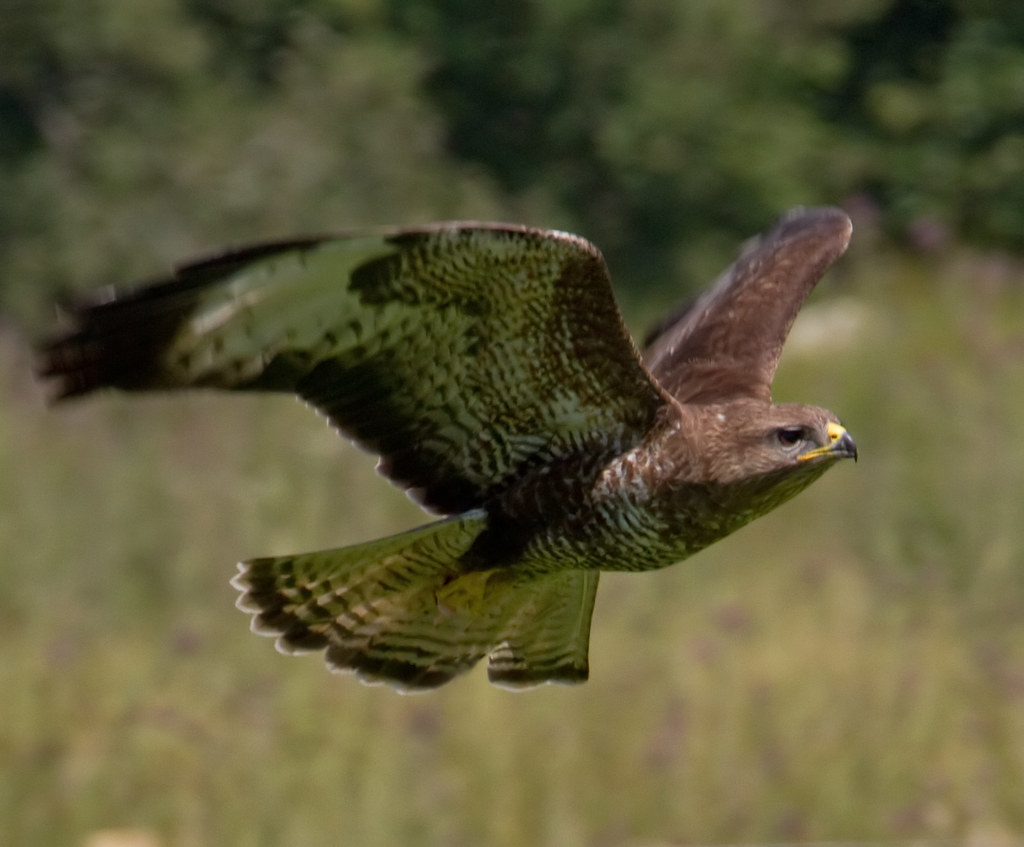 There has been considerable argument over whether sight or smell is more important to buzzards in locating dead animals, and even today the question is not entirely settled.

A rather crude experiment which I tried when I was a boy may prove of interest. A friend and I had been hunting very unsuccessfully for several hours and we sat down to rest for a time. We had recently heard a discussion of this question, and we decided to try to attract some buzzards by using our bodies for bait. These birds were numerous in the general area, but since none were in sight at that time we lay down in an open field near some trees and remained motionless. Within a few minutes a turkey buzzard sailed into view, and it was very shortly joined by several others. After circling for a time, the birds settled in the nearby trees and peered hungrily at our bodies. After many more hopeful birds joined the waiting throng, we became tired of the experiment, got to our feet and resumed the hunt. There was a great beating of wings as the buzzards flapped off in disgust to look for more fertile fields.

In this particular case, it is fervently hoped that the sense of sight was the most important in the locating of the bodies!

Other investigators have discovered, however, that the birds have found bodies of animals that were completely covered, and in a few cases buzzards have found animal carcasses within a short time after they had been placed out at night. These actions seem to show that the sense of smell was involved more than the sense of sight. It seems quite probable that both sight and smell may be used, and that the relative importance depends upon the situation. I personally believe that sight is the most important for the location of food at great distances, but that the sense of smell probably functions in finding putrefying carcasses that are concealed from view.