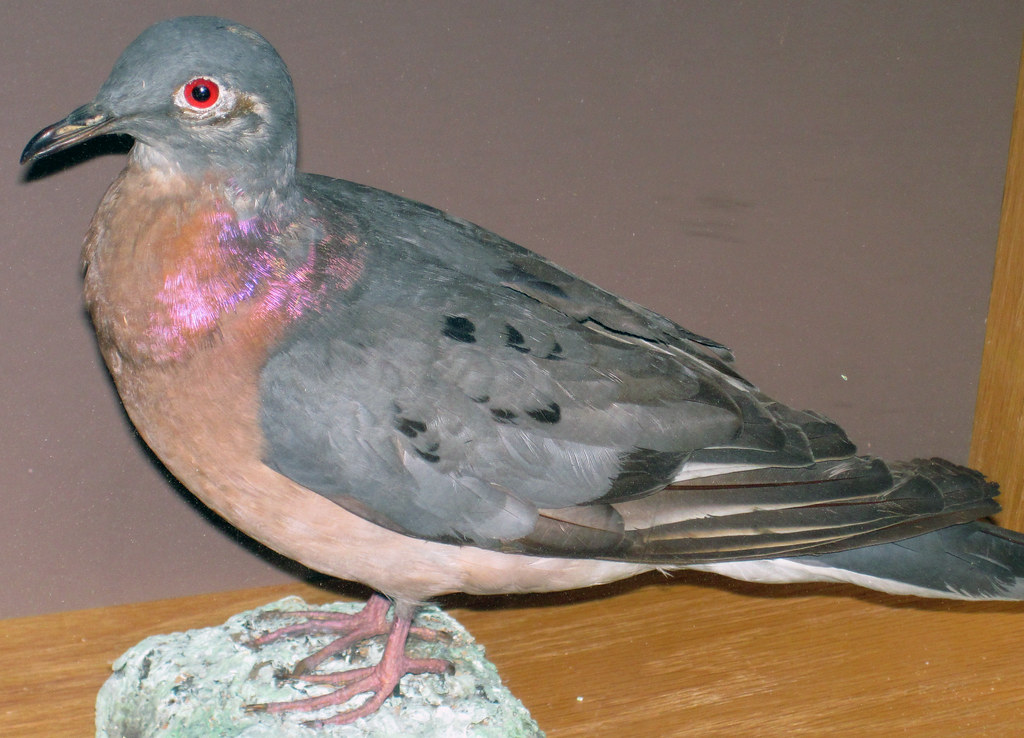 Sixty or seventy years ago there were probably more passenger pigeons in the United States than any other single species of bird. Today, not a single living specimen remains. The last wild bird was seen in 1906. The last one in captivity was “Martha” a female hatched at the Cincinnati Zoo where she lived to the ripe old age of twenty-six.

When it grew apparent that the passenger pigeon was rapidly becoming extinct, the Zoo made efforts to save the species and offered large rewards for a male, but without results. Efforts to cross the female with other species also failed, and on September 1, 1914, Martha died, the last representative of a once numerous race. Fortunately, Martha was not tossed into an ash can, as are many dead birds. She was mounted and is now on exhibition at the Smithsonian Institution in Washington, D. C.

This pigeon, larger than the common mourning dove but similar in general appearance, ranged at one time over most of the eastern part of the North American continent. The birds flew in huge flocks in numbers beyond comprehension. Some of the flocks were estimated to contain between one and two billion birds; when they were on the move, they literally hid the sun. Unfortunately, they nested in great colonies, a habit probably more responsible for their extinction than any other one factor. The birds were a popular food, and their nesting areas were raided and the young and adults killed and shipped by the carloads. When the food markets became glutted, the birds were fed to hogs or were used for fertilizer. Even countless millions could not withstand this ruthless slaughter. Today a few unexciting specimens, peering vacantly through glass eyes from museum cases, are all that remain of the passenger pigeon.

What’s the Difference Between Pigeons and Doves?