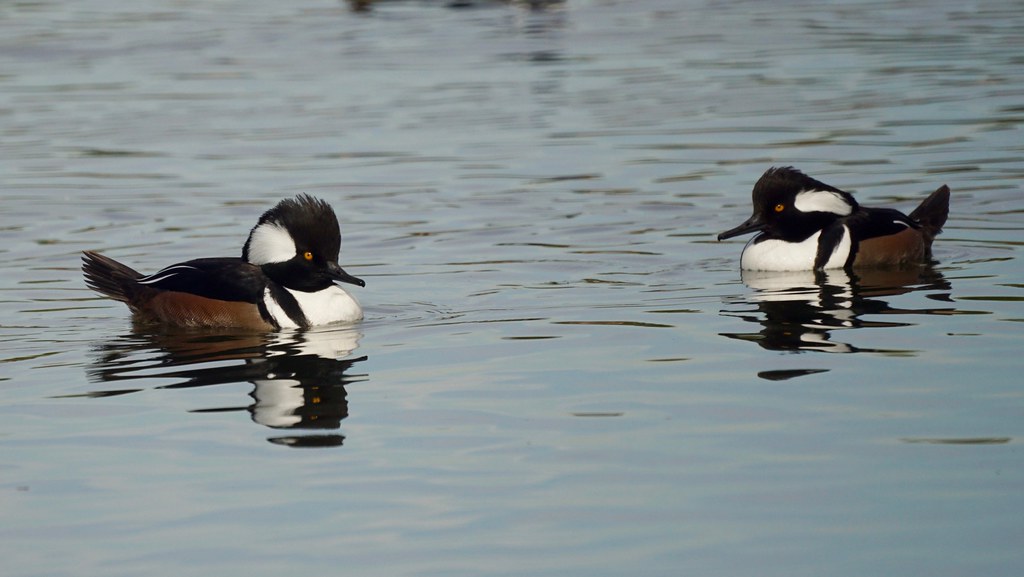 Hooded mergansers, a species of duck, usually build their nests in hollow trees, frequently some distance from the water.

Most young ducks start swimming soon after hatching, and for a long time no one knew how the young mergansers got to the water before they could fly. It is now known that they are helped by the female bird and, although they sometimes receive rather rough treatment in the process, apparently they are seldom injured. Sometimes the mother bird simply tumbles them unceremoniously from the nest and then leads them to the water. Sometimes however, she performs one of the most amazing acts in the bird world: she takes a duckling in her beak, flies with it to the water and then returns for the others.

The hooded merganser has been given various common names, including fish duck, tree duck and sheldrake. The male is easy to identify by the crest of long feathers on the back and top of its head. The head and neck are black except for a large white spot on the fan-shaped crest. The female is not so easy to distinguish from related birds.

Woodcocks, birds with long beaks, related to sandpipers, also have a novel way of moving their young from place to place. If disturbed, a female woodcock will frequently pick up one of her young between her feet and legs, and fly off with it. If she has the opportunity, she will move all the young birds to a place of safety in this way.