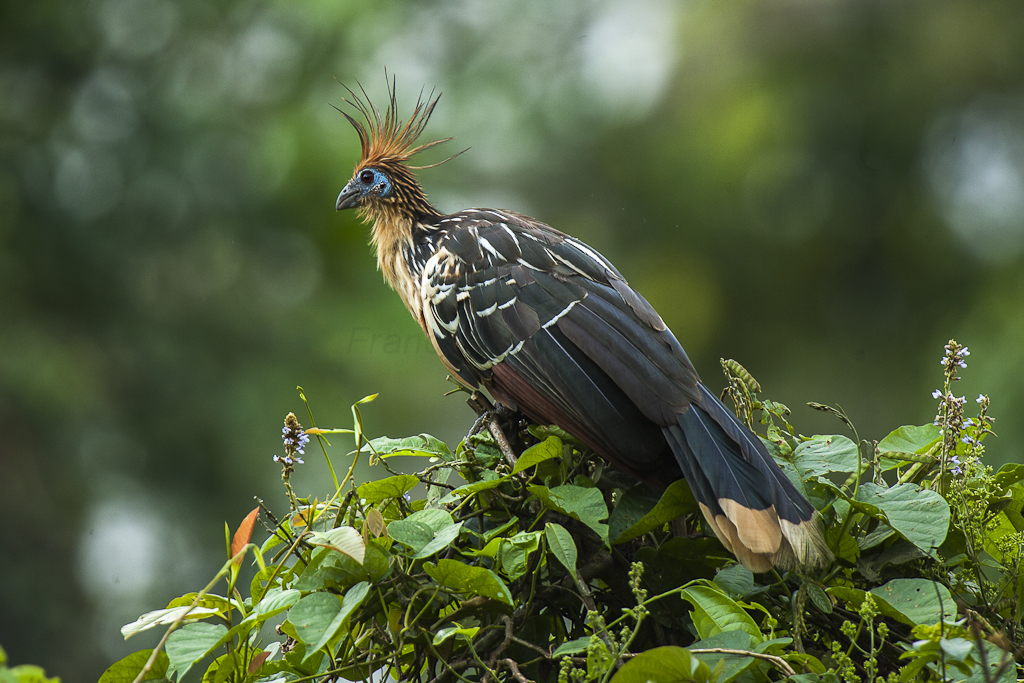 The bones of three fingers are represented in the wings of many birds, but in most species they are so modified that they are not usable. However, the young hoatzin, a strange South American bird, has on its wings two long free clawed digits which it uses efficiently in climbing among the branches of the trees. The nestlings are excellent swimmers long before they are able to fly. Their nests are frequently built on branches overhanging water, and the baby hoatzin, if frightened, may climb from the nest, dive into the water and remain there for a long time. When the danger is past, it climbs laboriously back to the nest using its beak, legs and the wing fingers in the process.

By the time the young bird becomes an adult, the fingers have degenerated into small knobs or protuberances. Adult hoatzins are such weak fliers that one wonders how they are able to survive all the dangers of the South American jungle. One reason may be that their flesh, which has a very musty taste, is repellent to the other jungle animals. The birds are not eaten even by the natives, who express their contempt for the taste of the hoatzins’ flesh by calling them stink birds.