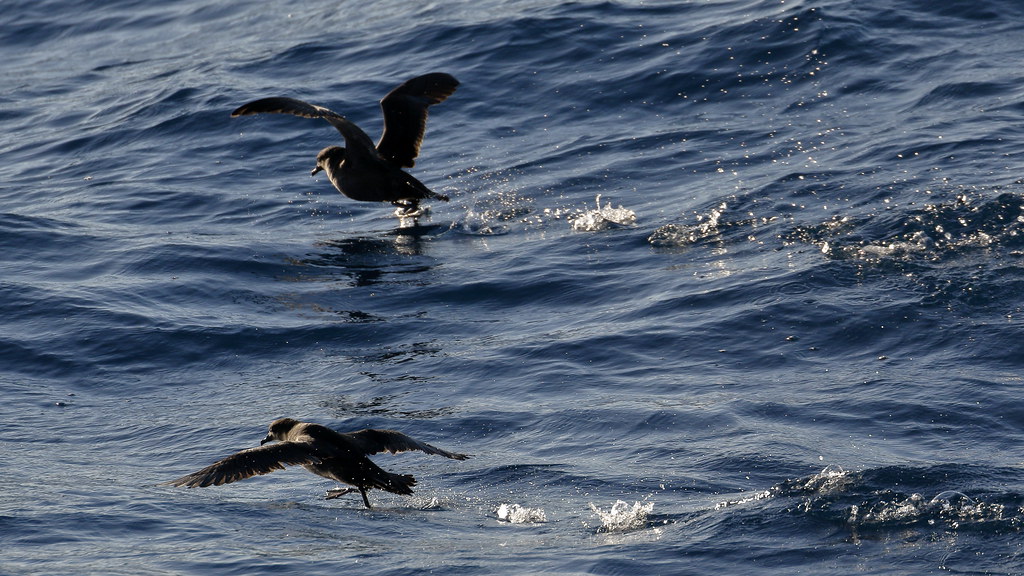 Some young birds actually shrink in the process of becoming adults. This phenomenon has been investigated in several species. The young of some swallows, for instance, have been found to be as much as twenty-five per cent larger than their parents. The characteristic is probably true of other birds also, including eagles, hawks and several of the sea birds, since the young birds appear considerably larger and heavier than the adults.

It is easy to see that such an arrangement could be an advantage.

Many sea birds, such as the albatrosses and the shearwaters, feed their young until they are almost bursting with accumulated fat. When the young birds have completed their growth, the parents fly away over the ocean, leaving the fledglings to shift for themselves. The layers of stored-up fat are now of prime importance, since the sudden shift from dependence to enforced independence is quite drastic. By the time the young birds have learned the tricks of obtaining food and of flying, they have used up most of the reserve food supply in their bodies and are approximately the size of their parents.