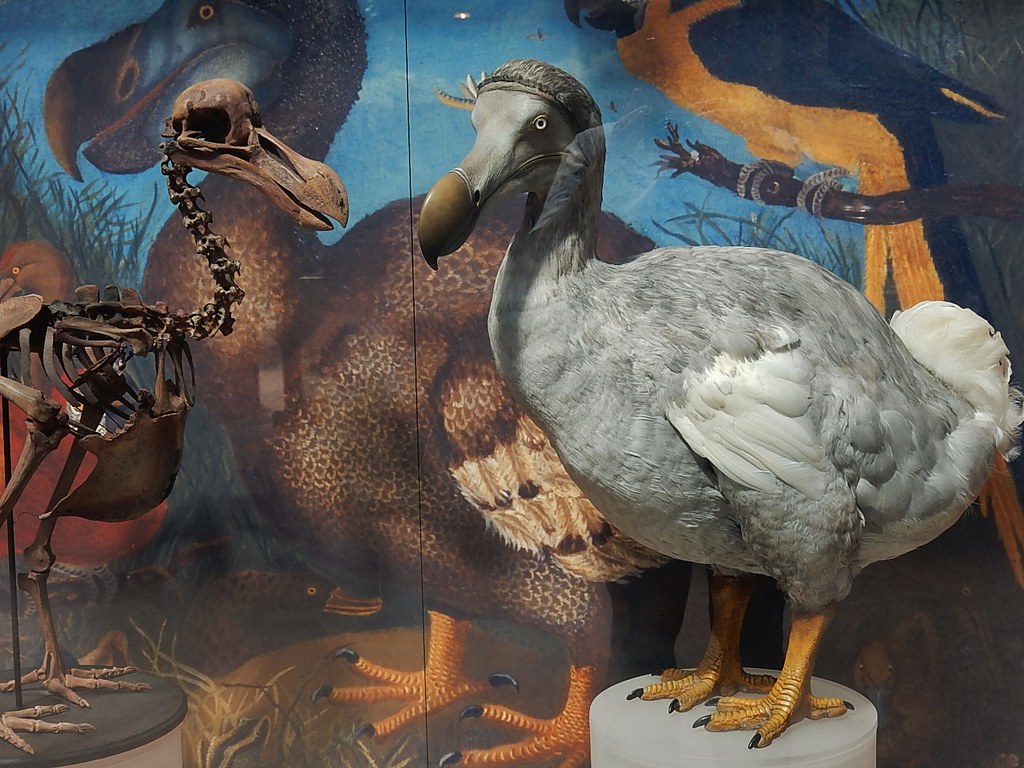 Everyone knows the meaning of the expression “dead as a dodo,” but many people do not realize that the bird was once very much alive.

A peculiar, clumsy, flightless bird about the size of a turkey, it was first discovered in 1507 on the island of Mauritius off the western coast of Madagascar. Sailors used them for food, killing them with such ease that they called the birds “doudos” or stupid.

Today, the term dodo is frequently applied to stupid people. Dogs, rats, pigs and people killed the young birds indiscriminately and ate the eggs, with the result that less than 200 years after their discovery the dodos were extinct. The few restorations in various museums are not based on living specimens, but were made long after the last bird was dead. It is thus possible that the real dodo was somewhat less ridiculous in appearance than the restorations would lead us to believe.