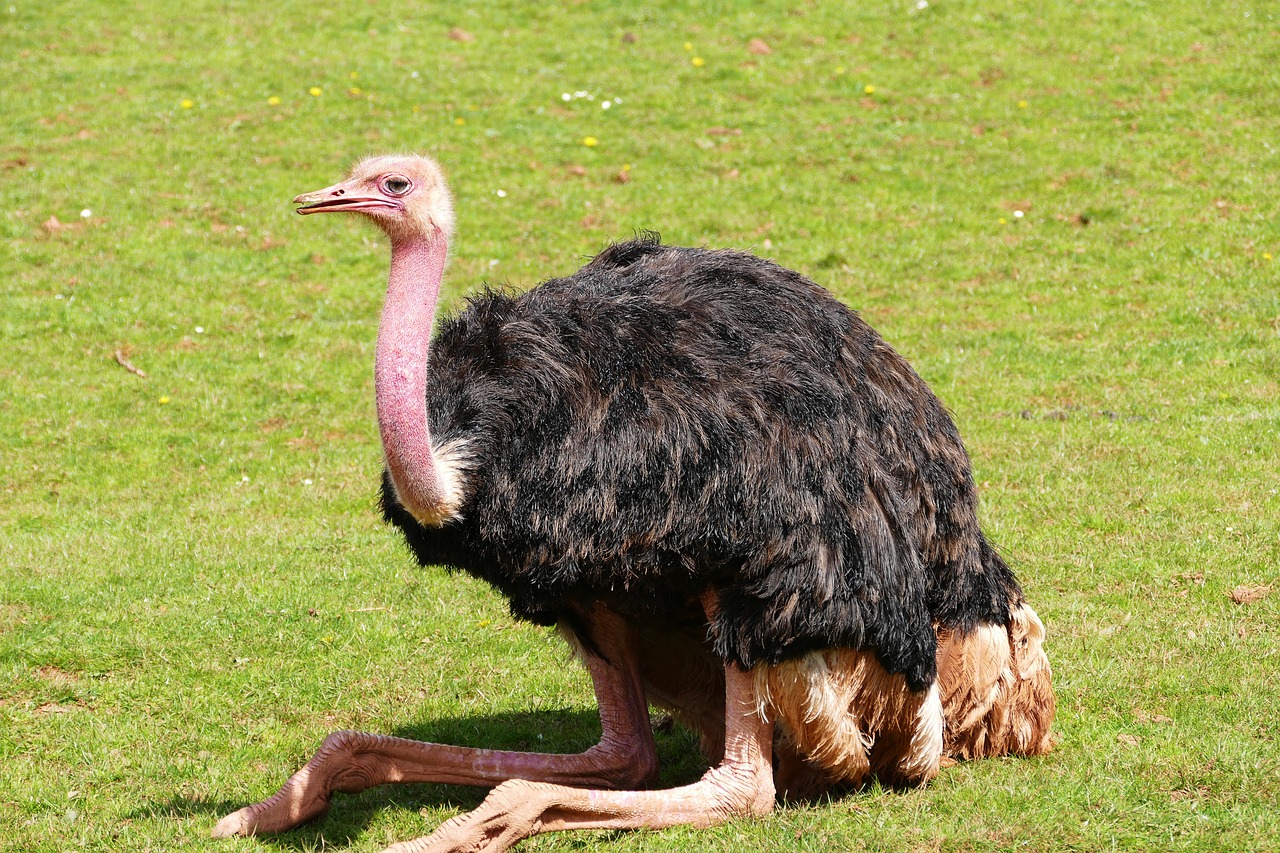 One of the most prevalent beliefs about ostriches is that, when frightened, they stick their heads in the sand and feel perfectly content that they are safely hidden. When an ostrich has its head in the sand, so the story goes, a person can walk up to it and pluck its feathers, or capture it easily.

No, they don’t. Stupid as the ostrich undoubtedly is, even the most critical authorities do not believe it is stupid enough to do anything so feeble-minded as to stick its head in the sand, and no one has ever observed this action in either captive or wild birds.

However, they do have an interesting habit that may have given rise to the story. When sighting possible danger from afar, ostriches sometimes drop to the ground, stretch their necks out parallel with it, and watch intently. When the danger becomes imminent, however, the ostrich reacts as other animals do, it beats a hasty retreat.