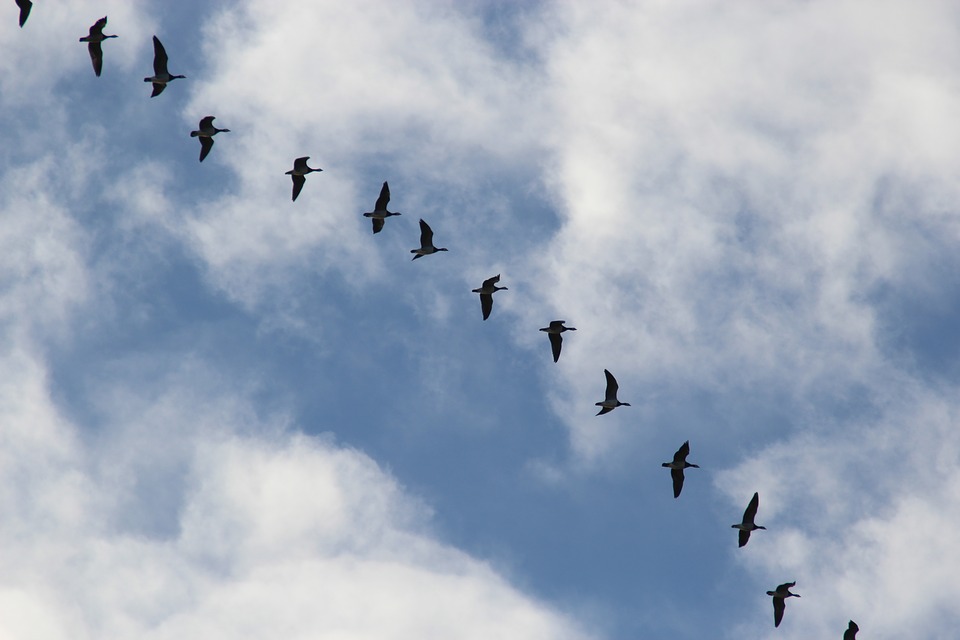 No birds begin their migration on the same day each year, but there are some that do not vary the day a great deal. Probably the most remarkable in this respect is the slender-billed shearwater or mutton bird, a marine bird that nests in countless thousands on Phillips and Green Islands between Tasmania and southern Australia.

Year in and year out there may be a few days’ difference in the time of their arrival, but once a few stragglers start flying in the time of arrival of the rest, according to Ludlow Griscom, well-known ornithologist, can be predicted almost to the quarter hour.

If a few birds arrive on say Monday, November 22, the mass of the breeding population is almost sure to arrive at Green Island on Wednesday, November 24 at 8 P. M.

The cliff swallows of Capistrano, California, also have a famous reputation for regularity; they furnish material for sensational newspaper articles once or twice each year. Cliff swallows nest in colonies and build their flask-shaped mud nests in a variety of places including banks, the eaves of buildings and other sheltered spots. Some of these birds have nested for years at the San Juan Capistrano Mission, and an interesting tale has grown up regarding the regularity with which this colony enters upon its migration.

According to the story, the swallows always leave the mission on October 23 for their southward migration and, as regular as clockwork, return on March 19. Nor does the extra day in leap years confuse them; if we are to believe reports, they take this change into consideration, since they still depart and arrive on their favorite dates. Observations of biologists have failed to confirm the reported regularity of their migration; the dates of departure and arrival have been found to vary from year to year. Despite scientific opinion, however, newspapers will continue to have a biennial field day with the legend.