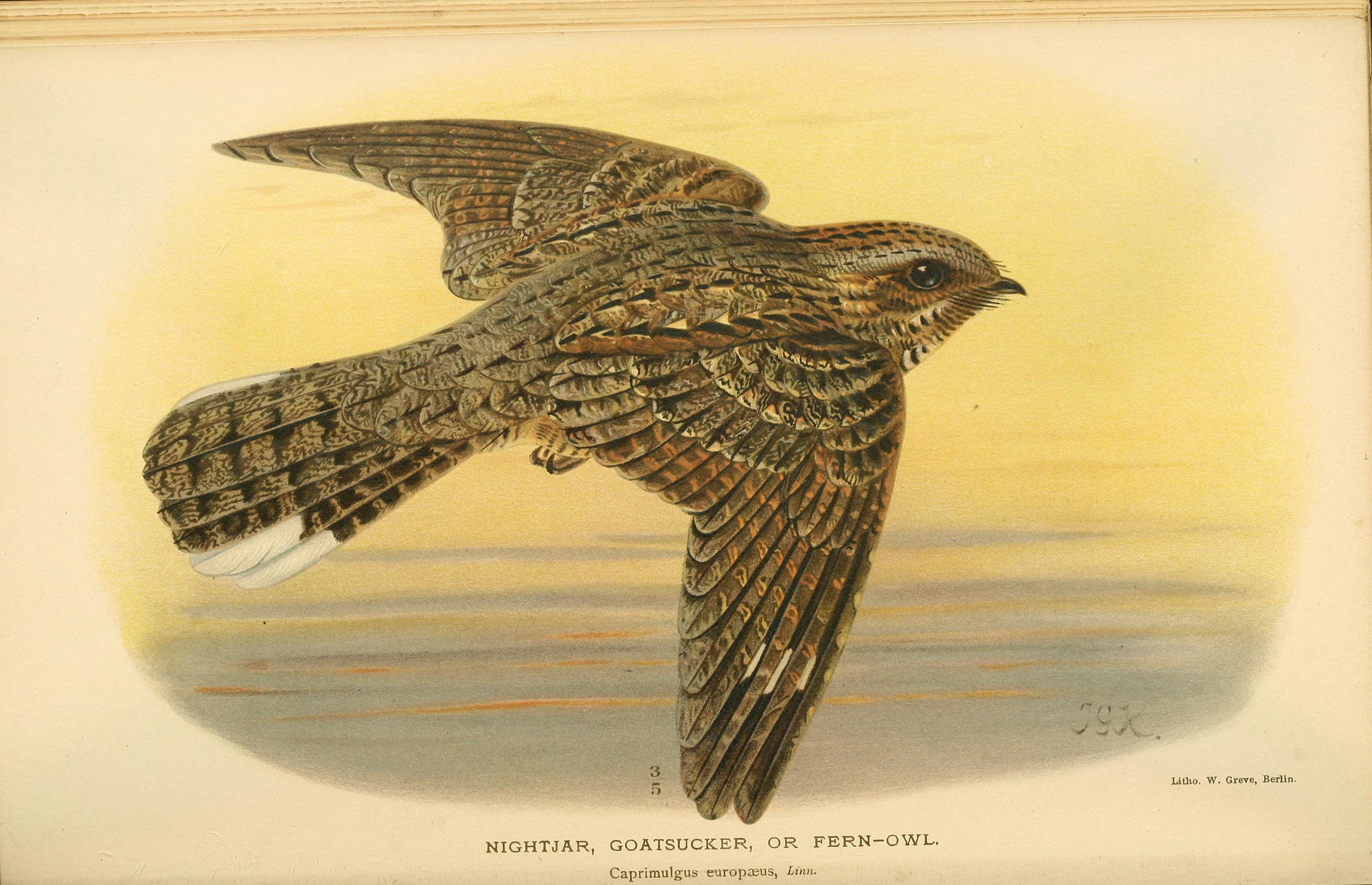 In parts of Europe the belief that some birds milk goats used to be so firmly ingrained that the name of goatsuckers was given to the suspected birds. Even today, this common name is applied to the group of birds which includes the nighthawks, the chuck-will’s-widows, and the whippoorwills.

So Do Any Birds Milk Goats? Although they do not milk goats, the goatsucker group has other habits that are almost as interesting. Most of the birds feed chiefly upon insects which they capture in flight. They have enormous mouths set with bristles, which make very efficient fly traps, and have been known to swallow even smaller birds with a single gulp. They also all have the unusual habit of perching lengthwise, rather than crosswise, on limbs.

Nighthawks, which may be found in large numbers in a limited area, are seen more often than the other species in this group. During the summer and fall, these birds may fly at any hour of the day, but late afternoon is a favorite time. They can fly swiftly, but sometimes they are obviously not in a hurry.

During the breeding season, especially, a male nighthawk may frequently be seen fluttering along, gradually climbing higher and higher, its harsh cry intermittently breaking the silence. Suddenly it will partially fold its pointed wings and dive headfirst so swiftly that one wonders how it can keep from being dashed to death.

Near the ground, however, it straightens its wings and zooms upward, the vibration of its wing feathers making a dull booming sound. Apparently some people think that the sound resembles the bellow of a bull because the name of bullbat for this bird is much more common in some areas than is nighthawk.