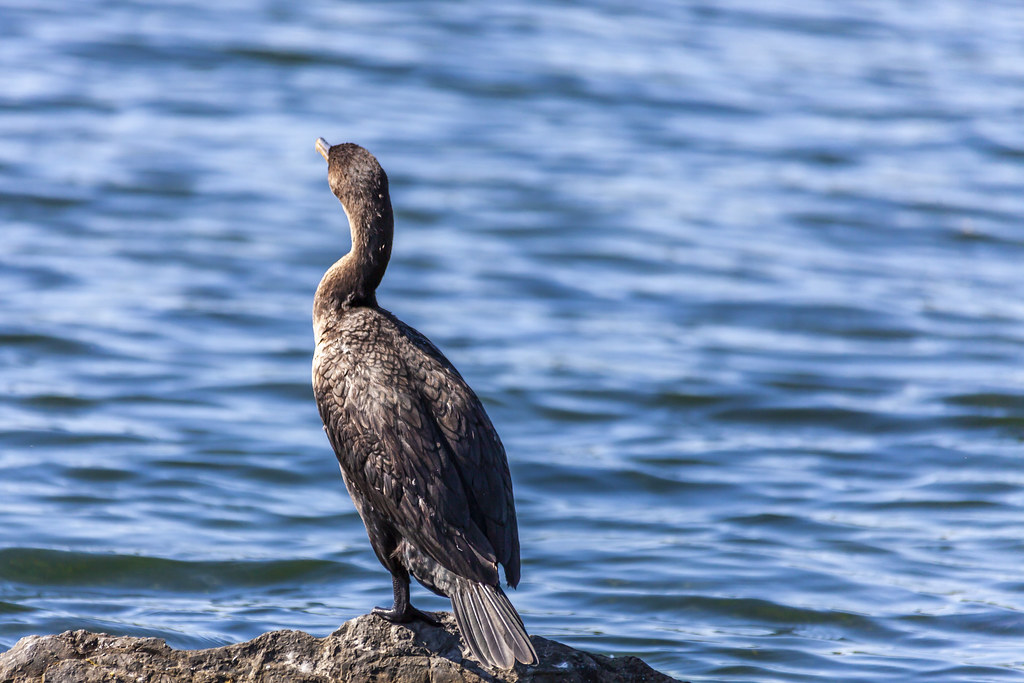 Cormorants are large birds with webbed feet and hooked beaks that feed almost entirely on fish. They capture their food by diving into the water and using both legs and wings to overhaul their prey. They frequently seem to fish for sheer enjoyment, for they sometimes continue fishing after they have stuffed themselves to capacity.

In parts of the Orient, natives have taken practical advantage of the cormorant’s ability as a fisherman. Young birds are caught and trained to fish for the natives rather than for themselves. At first, each bird has a ring around its neck to prevent it from swallowing the fish it catches, but eventually some of them become so well trained that they can be trusted without ring or leash and will not swallow a fish until given permission to do so. The birds are trained to bring their catch to the boats, where they are frequently rewarded with bits of fish or with fish too small to be of commercial value.

Sometimes several cormorants may co-operate and round up scattered fish into compact and more easily caught shoals, and two or more may gang up on a fish too large for a single bird to manage. Well-trained birds are of considerable value to their owners; it has been said that some cormorants may catch as many as one hundred fish in an hour.