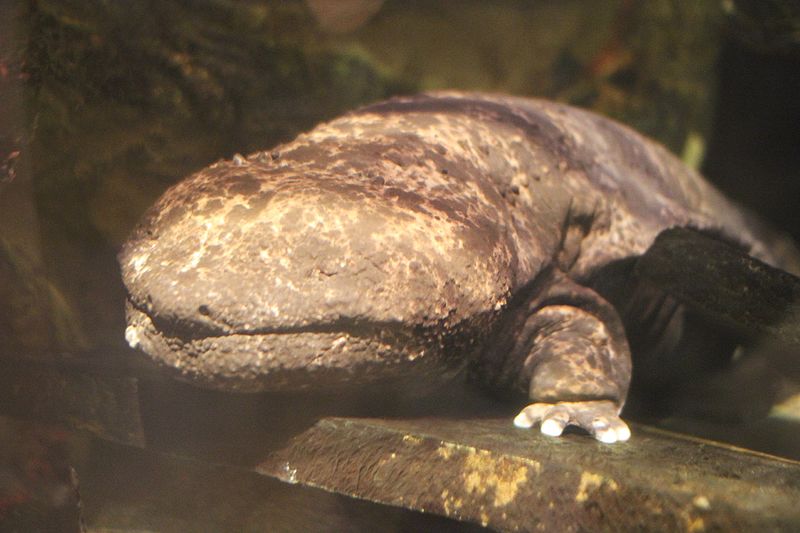 I was always curious to know what is the record size an amphibian can grow. And when I saw the largest amphibian I couldn’t believe.

So, what is the largest amphibian? The largest amphibian is the giant salamander, an entirely aquatic species, that is found in Japan and parts of China. It may attain a length of between 5 and 6 feet, and there is a record of 5 feet 7 inches for a specimen caught in China.

One captive giant salamander weighed 88 pounds when alive and 99 pounds after death, which indicates that the body probably absorbed water from the aquarium after the creature died. These salamanders inhabit swift mountain streams, subsisting upon fish, insects, and worms.

Formerly, the Japanese caught them in large numbers for food, and sometimes even used them for medicine. Recently, however, the government has given them protection to prevent their extinction. The largest of the frog and toad group is the goliath frog, an enormous amphibian found in West Africa in the area known as the Cameroons.

The body of this creature may reach a length of 12 or 13 inches, and the legs may be longer than the body, so that its overall length may be more than 2 feet. The natives use these giant frogs for food, and the large thighbones are much prized for use in ceremonial rites. Consequently, very few specimens have found their way into museum collections.