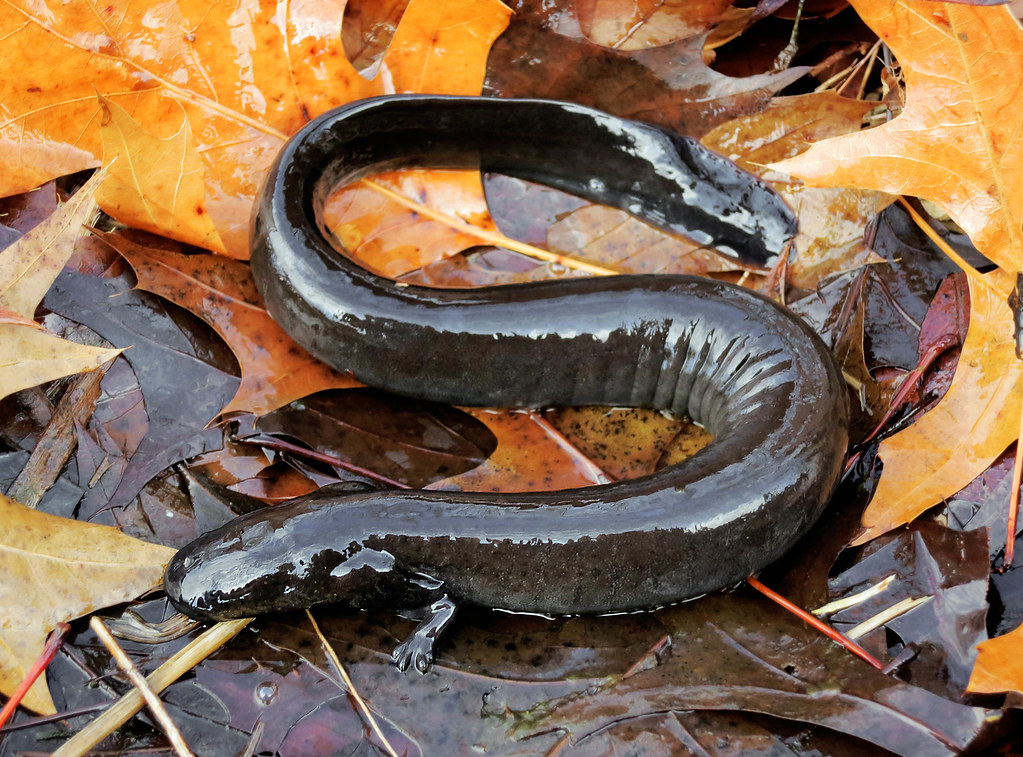 In amphibian circles, the name siren is not applied to a fascinating and dangerous female of the human species, but to a very peculiar group of salamanders.

These snakelike creatures, which may grow to be three feet long, have gills just behind the head, and only one pair of legs. Normally, they spend all their lives in the water, but if the swamp or stream in which they live dries up they burrow into the mud and are able to survive even though the ground becomes quite dry. When the ground becomes wet again, they emerge from their burrows none the worse for their experience.

A farmer, once, during a drought, had his son plow a dried-up swamp. After the boy had been working for a short time, he came running to the house in great excitement and gasped that the field was full of snakes. The farmer went to the field, fearfully accompanied by his son, and saw to his consternation that the plow had indeed unearthed a number of creatures greatly resembling snakes. They were not very active; so the man gingerly collected one in a bucket and departed for the town to have it identified.

The biology teacher at the school told him that the snake-like animal was a siren, and quite harmless. When placed in water the farmer’s specimen shortly became very active and was soon swimming about, it’s small front legs clearly visible.

Convinced at last that his son had not discovered a field of poisonous snakes, the farmer returned home and with some difficulty persuaded the boy to continue his interrupted task. Several hundred sirens were uncovered before the swampy area was completely plowed.