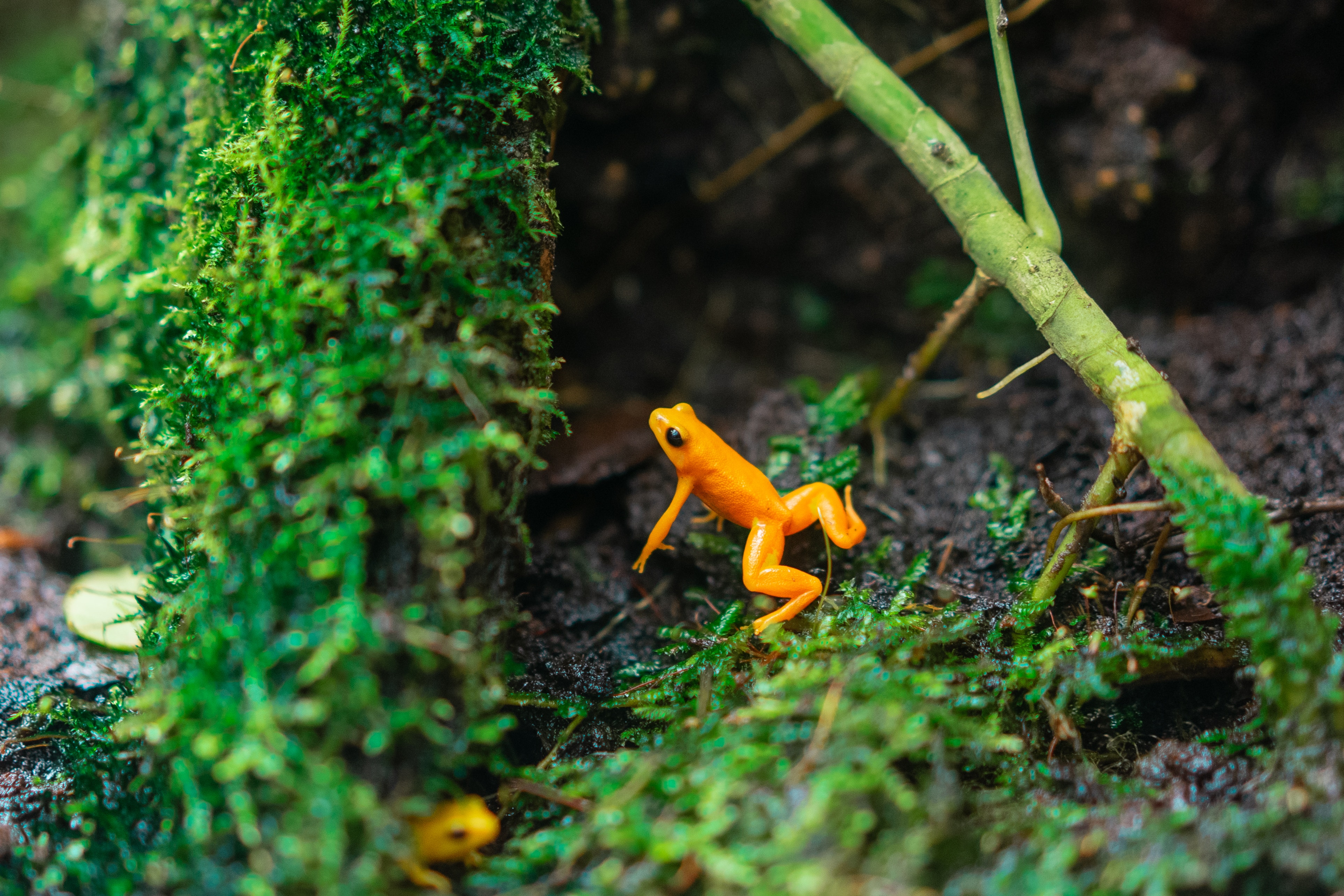 We all have seen frogs jumping here and there in the rainy season but have you ever wondered how far can these creatures jump? Well, I did a little bit of research myself and found out.

So, how far can frogs jump? Frogs, with their well-developed hind legs, are able to make tremendous leaps. Even such small species as the cricket frog, whose body is only an inch long, can jump 3 feet, while the American bullfrog has the reputation of making leaps of 8 to 10 feet.

The famous Jumping Frog Jubilee of Angel’s Camp, California, held in commemoration of Mark Twain’s well-known story, is probably more fun than a three-ring circus. According to eyewitnesses of these contests, each frog is allowed three jumps, and the contestant that covers the greatest distance in the three jumps wins.

The frogs’ owners are allowed to punch each frog before the first jump, but not after this. Frequently the frogs are very un-co-operative. Some will sit contentedly for a time and then take waddly jumps of a few inches; others will not budge until the owners in disgust try to pick them up, at which point they will make a tremendous leap of 6 feet or so, with no regard for the sweating, swearing, pursuing human being.

The winning jump is sometimes disgracefully short. In 1929 the total of the three jumps for the winning frog was actually less than a foot. Sometimes the frogs exert more effort. According to one writer, the winner in the 1938 contest broke previous records with a total of 15 feet 10 inches for the 3 jumps.

27 Types Of Frogs In Florida