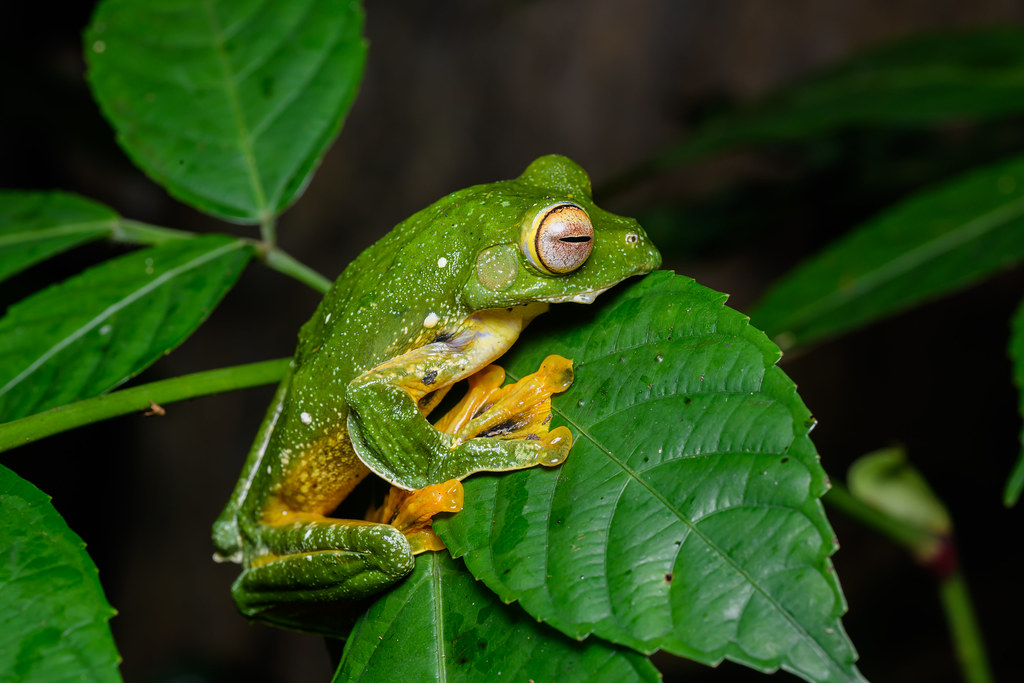 In Borneo, Java and adjacent areas there are some tree frogs that have unusually large feet with webbed toes. For many years these frogs have been said to be capable of making prodigious leaps from trees, the spread of their webbed feet supposedly enabling them to glide much further than they otherwise could.

In a description of their flight or glide published in 1915, it was said that one frog was seen to jump from a tree and land some thirty to forty yards away. Their ability to make tremendous leaps is now fully accepted, but some biologists contend that the large membranes of their feet are of no material help, that the frog could jump just as far without them.

South America has a flying tree frog which apparently does as well without webs as the more famous flying frog of the big feet. One observer performed a large number of experiments with this species. When he tossed the frog into the air, it quickly righted itself, flattened its body and landed on the ground unhurt, belly side down. When he made the frog leap from a tower 140 feet high, it jumped, flattened its body and glided some ninety feet before it came to the ground.

This same observer found that European frogs of comparable size fell vertically and made no attempt to orient themselves so that they would land on their bellies and feet. More observations are needed, but at the present time, there seems to be little doubt that certain species of frogs have some ability to glide.