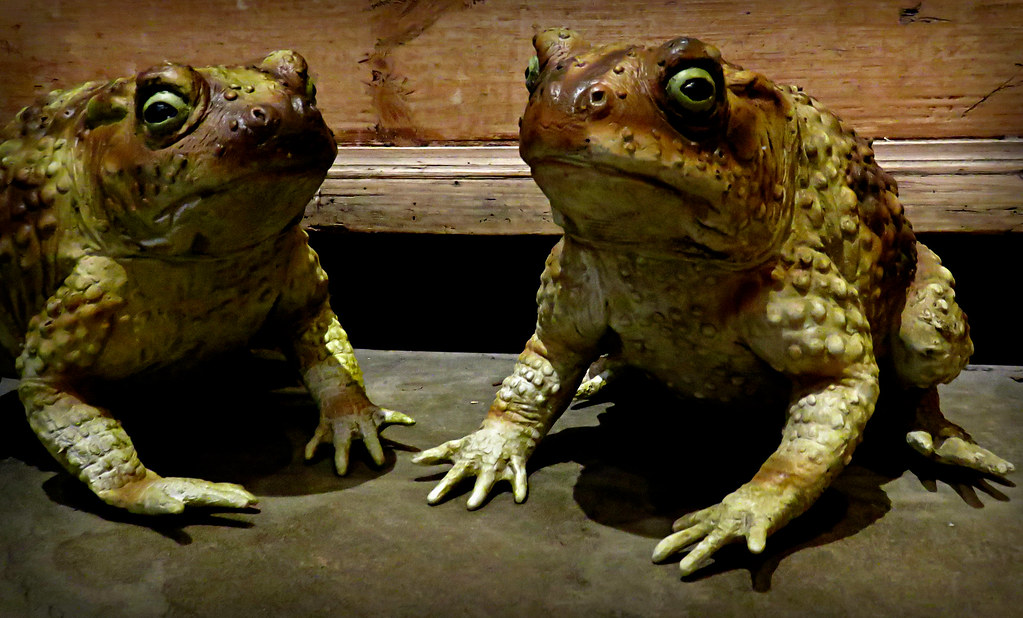 About 1892, a famous naturalist published an interesting book in which he described a South American barking or horned toad that was supposed to have a very poisonous bite. He gave two instances in which a dead horse had been found with the jaws of the toad still fastened to it, the conclusion being, of course, that death was due to the bite of the toad.

The horned or barking toads are probably the most aggressive and vicious amphibians in existence, but their bite is not venomous.

They have, however, a very ugly disposition and definitely resent any intrusion upon their privacy. When annoyed, they usually puff up their bodies with air, and if given half a chance they will attack.

Since the teeth in some species are quite well developed, they can inflict a rather serious wound. Once one of these toads has clamped its jaws on an enemy it holds on with bulldog tenacity, and it is almost impossible to break its grip without killing it.

Most of the larger amphibians will bite under some conditions, including the hellbender, the congo eel, and various other large species of salamanders, frogs, and toads. There is no amphibian known, however, that has a venomous bite.