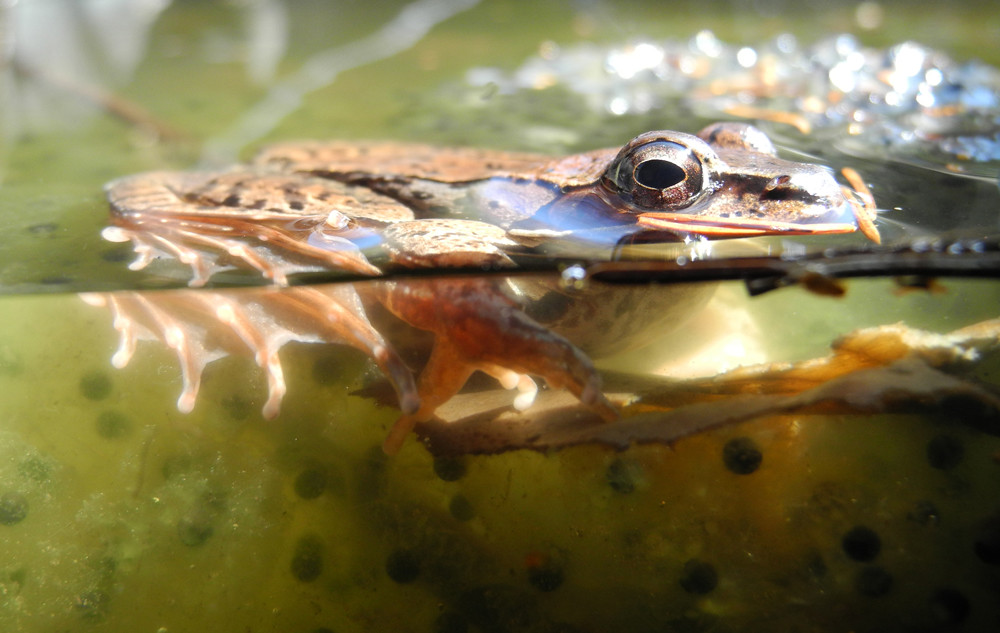 Some time ago, I was walking along the edge of a pond when I was attracted by the croaking of a frog. The sound continued for about 5 minutes and, although I closely examined all possible hiding places along the edge of the pond, I could not find it.

Suddenly, about 10 feet from shore there was a furious splashing of water, and a large water snake rose to the surface holding a croaking frog in its mouth. They had both been under water all the time I was trying to locate the source of the noise.

The so-called singing or croaking of frogs and toads is almost entirely limited to the males, although some females may make sounds when they are injured or disturbed.

The male seems to use its voice principally to attract the female, but some of them certainly sing when their minds are not on mating, for a clamor of amphibian voices can be heard at night in almost any swamp long after the mating season is past. To sing, the frog or toad inhales, closes its mouth and nostrils, and forces the air back and forth between the mouth and lungs.

Sound is produced by the action of the air passing over the vocal cords and causing them to vibrate. Many species of frogs have vocal sacs opening into the mouth, which during singing become greatly distended with air.

These distended sacs, acting as resonators, are sometimes so large compared to the size of the frog’s body that the creature seems to be a large, rounded sac to which a small frog is attached. The American bullfrog has the loudest frog voice known; the bellowing of ardent males may sometimes be heard for a mile or even more.