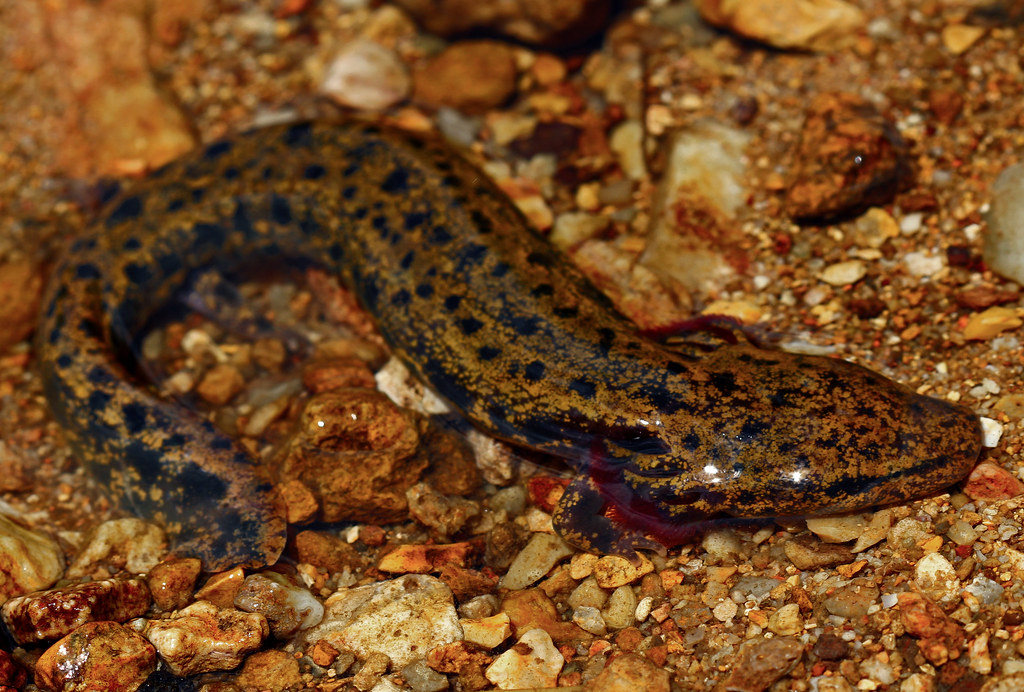 These salamanders also called water dogs and various other less-complimentary names, are often said to be capable of giving a person a painful nip. Although I have caught numbers of them barehanded, I have never been bitten by one, nor do I know of anyone else who has. Whether they bite or not, they are definitely not venomous, although many fishermen are intensely afraid of them.

Once these salamanders have been identified, they are easily recognized in the future, for they have three pairs of gills just behind the head. In a live salamander, the gills are bright red and move back and forth in the water as the salamander rests on the bottom of the pond or stream, or walks slowly among the rocks. The legs are well developed and the body is usually reddish brown with darker splotches scattered over the surface. Its food consists chiefly of worms and similar organisms, and it will frequently seize a hook baited with them. In some regions, they may be caught in large numbers.

Another salamander, also frequently caught by fishermen, is the hellbender; and in view of its ugly appearance, it is appropriately named. It is somewhat similar to the mudpuppy, but it is larger, does not have the fluffy gills behind the head, and its skin is extremely wrinkled. Despite its formidable and hideous appearance, it is not venomous; indeed, there is no salamander known that has a poisonous bite. Inasmuch as I have not had the privilege of catching hellbenders barehanded, I cannot speak from personal knowledge of their biting ability, but some biologists say that they can administer a rather vicious bite.